A new widget (the 20th!), has been included in Textable v3.0.1. Interchange lets Textable users operate on sources included in Biolab’s Text Mining add-on, and use its analysis and visualization widgets (word clouds, topic models, etc.).

A first use case for Interchange is when you want to use Textable to analyze text data that has been imported by one of the Text Mining add-on’s widgets. For instance, many users are interested in working with PDF files, which Textable isn’t yet able to import. Luckily, the Text Mining add-on has a widget named Import documents which lets you import the text contents of all files of type .txt, .docx, .odt, .pdf and .xml contained in a folder. Once it’s done, you may simply use Interchange to convert the resulting “corpus” into a “segmentation” ready for further processing with Textable: 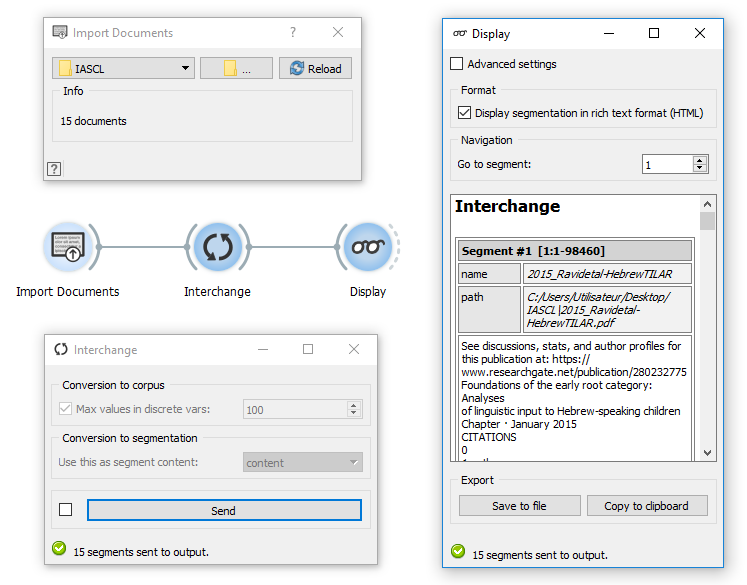 Conversely, there may be analytic tools in the Text Mining add-on that you want to apply to data imported (and possibly manipulated) with Textable. For instance, at the time of writing, Text Mining offers no facility for importing data from a given location on the web, which Textable’s URLs widget is designed to do. On the other hand, Text Mining has built-in support for stopword removal (in the form of its Preprocess Text widget), as well as word cloud creation (using the widget with that name). The new Interchange widget makes it straightforward to convert the “segmentation” created by URLs into a “corpus” that can serve as input to Text Mining widgets: 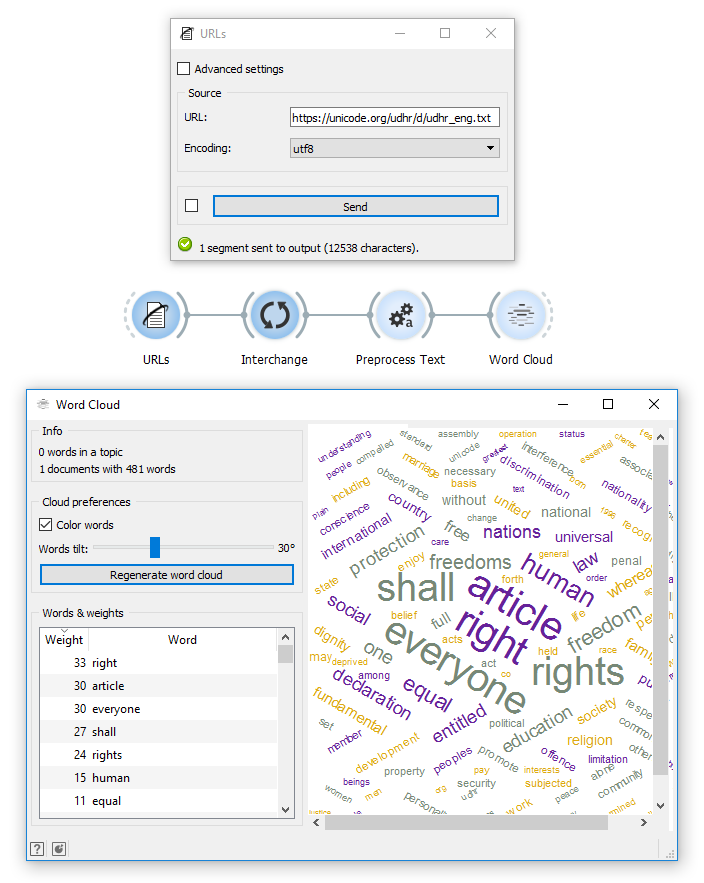